It was another early start to the day and another 30k day, but this morning was shrouded in mist, so the heat was tempered until noon. There was a bit of a “gorillas in the mist” feel to the scenery, as I walked beside a mountain range that was only partially visible. Unfortunately, no gorilla sightings- the wildlife viewed so far consists of snakes an 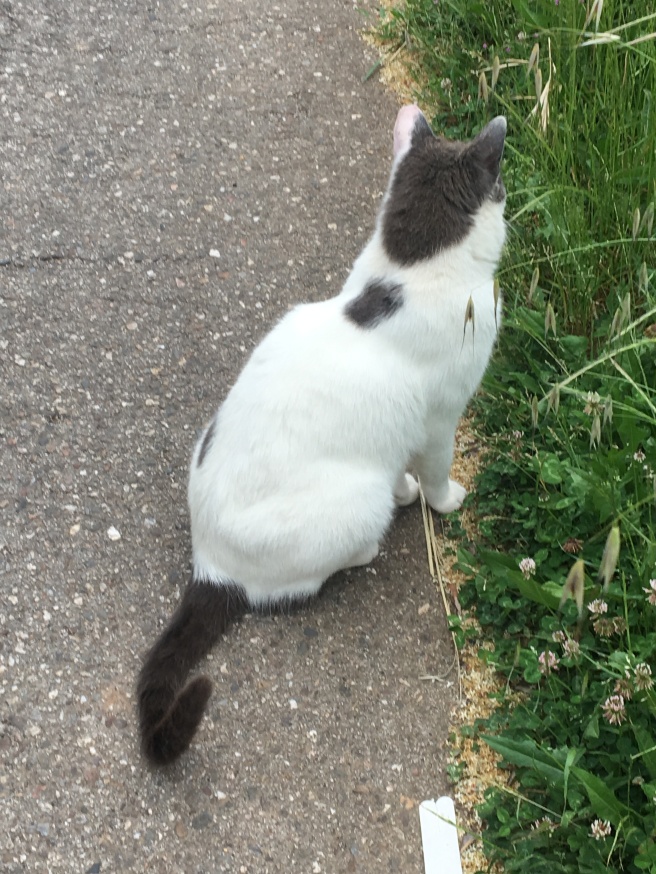 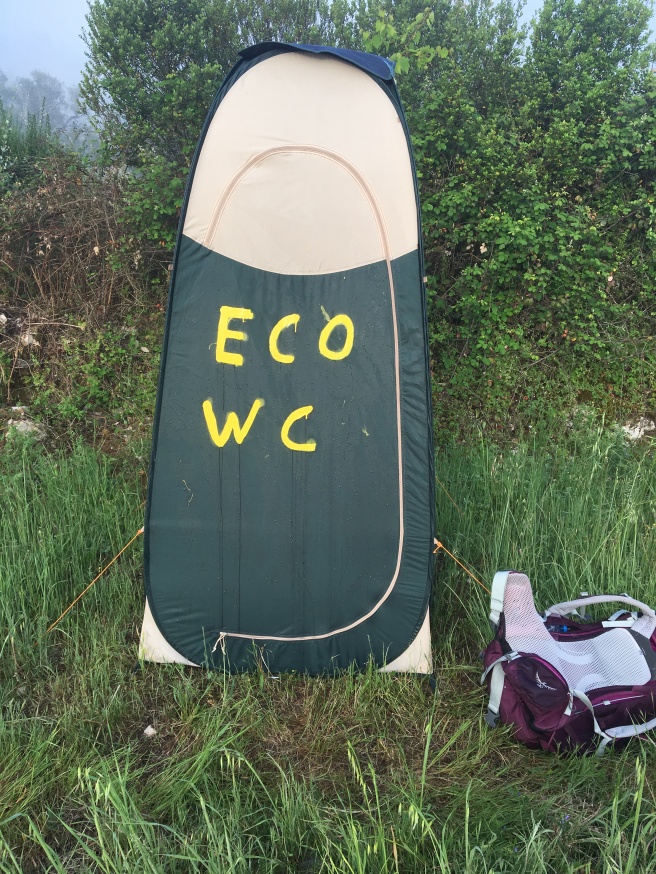 d lizards, that make erratic movements in the undergrowth and freak me out as I’m walking past, rabbits, yappy dogs that sneak up from behind and try to nip at your heels ( I just stare them down and bark back). The wildest sighting thus far has been a cat that was a doppelgänger to our odd coloured family pet. Strange but true.
The Portuguese Camino is more demanding than the Camino Frances in that the stages are longer and the infrastructure- accommodations, cafe/bars, water fountains and restroom facilities, are fewer and farther between. This takes more preparation as far as carrying provisions along, and can result in “improvisations” when necessity calls. It was getting to that point for me today when the first two cafes listed in the guide were closed. But then the clouds parted and this lovely facility appeared at the side of the road, along with several tents being offered “donativo” – basically by freewill offering. The eco toilet consisted of two buckets filled with dirt, the idea being to simply go and then cover your offering over with a scoop or two of dirt- very cat-like actually- maybe that’s where they got the idea. Anyway, so thankful for small mercies along the way! I’ve been walking on my own for the past three days so that may explain the banality of my subject matter. It is always nice at the end of the day to meet up with fellow pilgrims and share a meal together. I will be taking a train forward a few stages tomorrow so it will be unlikely that our paths will cross again but I have enjoyed our “little while” friendships and the fellowship of these good people.

One thought on “Small Mercies”