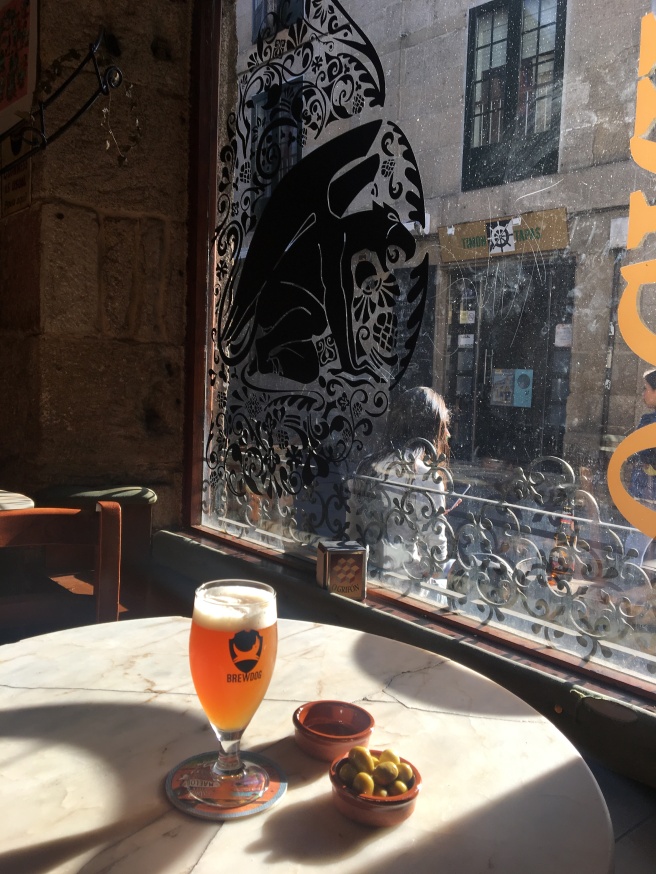 Today was a Psalm 23 walk- the most beautiful parts alongside the “still waters” of a meandering forest stream. There are more pilgrims on the trail now as Santiago is within 100km, which is the minimum one must walk to gain a credential (official certificate of Camino completion). There were actually two possible routes to take today, which converged at a crossroads where both paths were indicated as the “official route”. A lovely gentleman selling his wears along the way recommended I take the river route, as opposed to the shorter roadway, as it was shaded and more beautiful. I am glad I heeded his advice and also passed it on to several pilgrims who were questioning which path to take. If only life could be so simple when we are faced with “cross road” type decisions. Do we heed the advice given, take our own path, or maybe find a third way?
I am quite puzzled by “Spanish time.” As I arrived into the city of Pontevedra, my home for the night, around 2pm, the streets were crowded with people. An hour later- it was like a ghost town. When I went out for dinner, around 8pm when the restaurants start serving, it was mixed- some streets alive with people, other places completely empty. I had a whole bar to myself, and then the restaurant where I ate dinner. Both were great places that should be packed with people. I get a little bit of FOMO going on- “fear of missing out”. I couldn’t even find any pilgrims to hang with as the city is quite spread out. Oh well, I like my own company well enough and tomorrow is another day.